Who is the best painter? 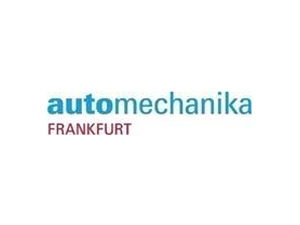 Creative, precise, and displaying outstanding technique – participants in the Body & Paint competition once again demonstrate that they are truly masters of their craft.

This year, the entrants painted car hood designs inspired by the theme of ‘Mobility in transition’. The winner will be announced at Automechanika Frankfurt on 16 September.

Following their success last year, five body and paintwork professionals are competing against one another in the second and final round of the Body & Paint competition. Their task: to design car hoods on the theme of ‘Mobility in transition’. An international panel of experts judged the car hoods according to technical perfection, creative design, and skilled craftsmanship. Michael Johannes, Vice President Mobility & Logistics at Messe Frankfurt: “The things we are seeing in the exhibition halls at Automechanika are clearly reflected in the car hood designs: the industry is facing some huge challenges, because mobility will change tremendously in the years to come. It is amazing just how well these painters have managed to bring this to life with their tools – they are true artists.”

What is the objective of this competition? “We want to give painters a well-deserved stage on which to showcase their craft. Automechanika is the perfect platform for all the automotive professions – including car painters,” said Wolfgang Auer, Editor-in-Chief of the trade journal fml and member of the panel. The competition once again enjoys prominent industry sponsors in Axalta, Glasurit and SATA.

SATA is sending the painter Sebastian Schunder from Haas & Söhne in Eckental to the competition. On his car hood, he used modern stripes and a colour scheme featuring a discreet grey and powerful red to depict the different epochs of mobility. “Ecological aspects are increasingly important today, and that is why I made a conscious decision to employ a used aluminium car hood taken from an Audi A6 Avant.” He employed a variety of techniques to craft his car hood, including airbrush painting, pearlescent and metallic finishes.

Master painter Holger Schmidt from Hattingen is following up his participation last year with another appearance on behalf of the Glasurit team. “The competition gives me the chance to show off my skills and make a name for myself. This can really be helpful, including when it comes to helping up-and-coming talents. Besides, it’s a lot of fun to test your skills against other creative painters – not to mention a great way to make new contacts.” His car hood features a carriage, train and hydrogen-powered cars, illustrating the development of mobility, and has been crafted using airbrushing and a variety of painting techniques and effects.

Peter Litger’s intentions at Body & Paint are clear: “I’m hoping to make my mark at the competition with my message, as well as my craft.” Litger, Managing Director of Karosserie- und Lackcenter Rhein-Sieg, is being sponsored by Axalta. As a cinema fan, he drew on visions from film and television to depict the mobility transition.

His car hood features K.I.T.T., an intelligent and autonomous car from the series ‘Knight Rider’, a motif from the ‘Flintstones’, a cartoon set in the stone age, and the ‘Back to the Future’ logo from the 1980s film of the same name.

Painter Guido Folco from Reustle GmbH in Löchgau is competing on behalf of SATA. The focus of his car hood is a look ahead at the future of electromobility, and his design illustrates the multifaceted world of electric vehicles. In fact, even his paint is ‘electric’: “Following extensive research, I discovered something referred to as ‘electric paint’ that can really make my car hood shine. It was immediately clear to me that I would have to give this new painting technique a try, because it does the best job of embodying my visions of mobility.”

René Werl, who is competing on behalf of Glasurit in his first appearance in the competition, hopes to impress the panel with his car hood in a ‘deep candy’ design. Werl works at ALJO Lackierung in Harrislee and has been in the business for twenty years. He specialises in mould-making, restoration, airbrushing and ‘imitation painting’. “My biggest challenge was to illustrate the theme in a way that was clear and comprehensible for the viewer. The motifs and techniques needed to be effective in order to create an overall image with power.” The result is a car hood whose design comes to life, one that illustrates the development stages of the car.

It is already clear that the panel of experts will have a difficult decision to make with such closely matched competitors. Michael Rehm, Editor-in-Chief of Lackiererblatt: “All of the works display great technical complexity. This year’s competition features true design professionals, some of whom even specialise in this particular facet of the painting profession. The clever and versatile realisations of the theme should therefore come as no surprise.” The winner will be announced at Automechanika Frankfurt on 16 September at 2:00 p.m. in Hall 11.1. Everyone also has an opportunity to vote for their favourite online, and the people's choice winner will be honoured at the same time. For those who would like to see the designs for themselves beforehand, the car hoods will be on display in the adjacent networking area sponsored by SATA. 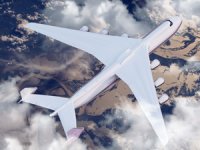 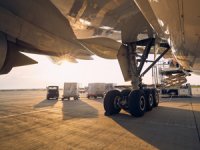 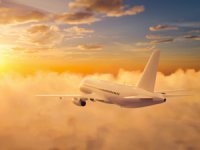 Airlines Cut Losses in 2022; Return to Profit in 2023The International Air Transport Association (IATA) expects a return to profitability for the global airline industry in 2023 as airlines continue to cut losses stemming from the effects of the COVID-19 pandemic to their business in 2022. 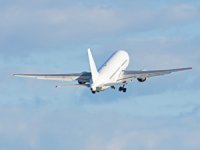 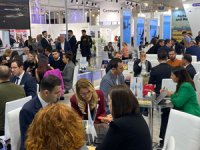 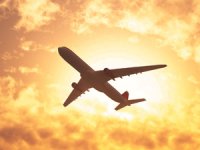